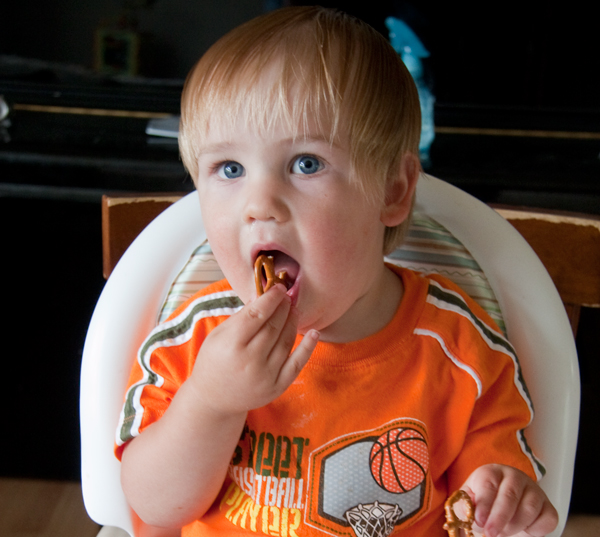 Remember that picture of Shagg-a-doo Arden for a little bit.  You’ll be seeing a whole different guy soon.  A much bigger looking guy. It’s been a short week, since I just wrote a few days ago, but it’s been pretty busy nonetheless.  Most of the business has been coaxing Arden off of things he has climbed.  Some amazing and okay, some even more amazing and probably not the safest venture for a young lad.  I think the first instance of, “Oh my, you can CLIMB!” was hearing, “Hi puppy.   Bye puppy.  Hi Puppy.  By Puppy”… echoing from the bathroom.  He had made his way on top of the toilet lid and was opening and closing the blinds and shouting at the neighbors dog[‘s chain]  (the dog had been gone for a day).  He was pretty proud to have made that climb.  He’s also been scaling our chairs incessantly, and has made very short work Mom’s Secret Project 2009. (Hinted at below) 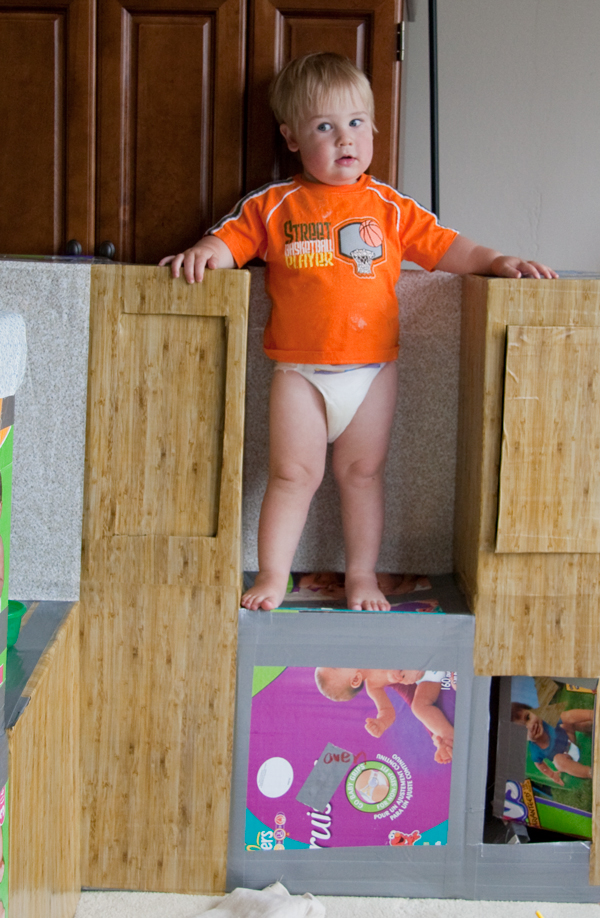 Our big boy has also been very busy working on his summer-boy legs.  I think all that climbing is starting to pay just a little, lots of scrapes and scratches, a few bumps and bruises, but they’re looking pretty rugged.  There’s one pretty nasty scab that he got from a collision between him and one of my toenails.  I still feel horrible about it, but he had forgotten about it a long time ago.  Now the scab is starting to get itchy, so he’s been pretty keenly inspecting it, not quite to the point of picking at it yet and I hope that stays. And now to the big news of the week:  Arden got his 3rd?  4th? haircut today.  Thanks to the help of Winne-the-Pooh and a bunch of patience from me and arijem we were able to get him all trimmed, snappy and schnazzy.  It’s a bit tough cutting his hair, not physically, just emotionally.  Our little guy is growing up right in front of us and cutting his hair is just an admission of that fact.  Now that the hair cut is done, he looks so much older, at least 3 months so.  This photo doesn’t really convey it, but in person you really feel like you’re in the company of a 2 year old. The only saving grace to that is it shows off his big blue eyes, unfettered.  And those big, sweet blue eyes just scream, “Mommy and Daddy, I’ll always be your little boy”, and that makes me happy. And now, the after photo: 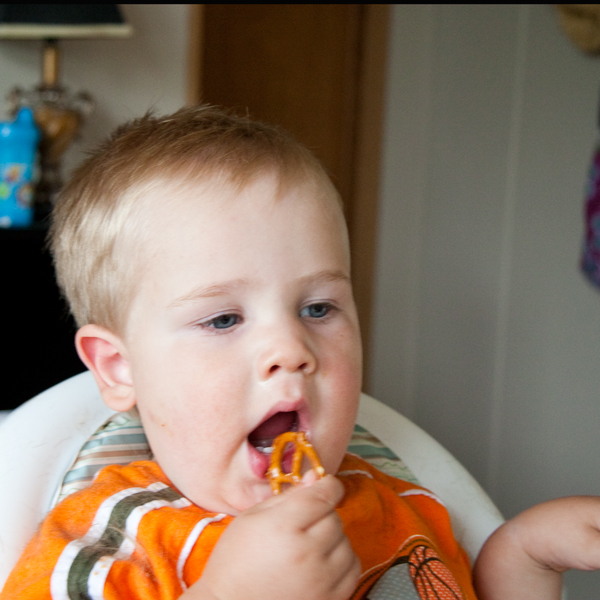 Until next time, Dad