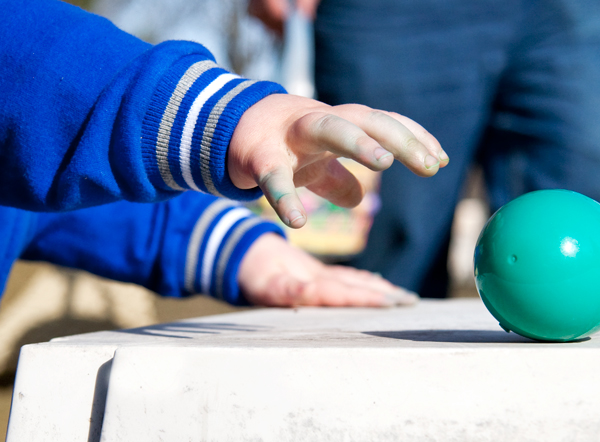 Happy Easter!  Well, as expected I failed to get my post done and scheduled.  I think it worked out for the best though, as I got some (imho) great shots of Arden during Easter.

This week was pretty exciting, but on the same hand, quite frustrating.  The weather has been beautiful, but only by appearance, it’s been rather chilly, too chilly to be outside and having fun, so it’s been lots of inside play, with maybe just a hint of Hunny, Winnie the Pooh style.  Arden LOVES his Pooh-bear.  Books, movies, ball, plush animals, you name it, and if it’s Pooh, it’s for Arden.

As you may be able to tell, Arden got another hair cut this week, much thanks to Pooh-bear.  It was a bit touch and go for a while (I cut his hair, by the way)…but mostly because I kept getting yelled at for putting my hands or arms in front of Pooh.

Easter was by far the big event this week.  Arden had a tremendous time at gMa and gPa’s house.  It’s always very nice to have a new place to explore, new things to do, and new ways to get in trouble.  He’s becoming a very good listener, but he’s still a toddler and will need reminding from time to time, when he’s not setting out to be a silly stinker.  I think their house survived the weekend though.

We also got to go to Great Grandma and Grandpa’s and show off for all of my Dad’s family.  I think the favored trick was demonstrating how beautiful the flowers smelled.  Great Grandma has some really neat wooden cut-out flowers that were just at Arden height.  He’d pick up one of the carvings and make a big noisy, almost snort-ey sniffing noise in front of every adult whose attention he could steal.  It was a blast to see.

Our shy little guy is also coming out of his shell.  I think it really lends credence to the “Dependence breeds Independence” theory.  In the first few months he would hardly let anyone but Mom take him, but this weekend, oh boy.  He’d play with, pick on or chatter with anyone and everyone.  It was great to see.

As a special Easter treat, I’ve put a bunch of our Easter photos on the hyperwebbernet.  You’ll be able to find them over at my Picasa account.  Hope you enjoy them.  If you’d like a raw copy, or a retouched one, I can work with that. Just comment with the photo number(s). 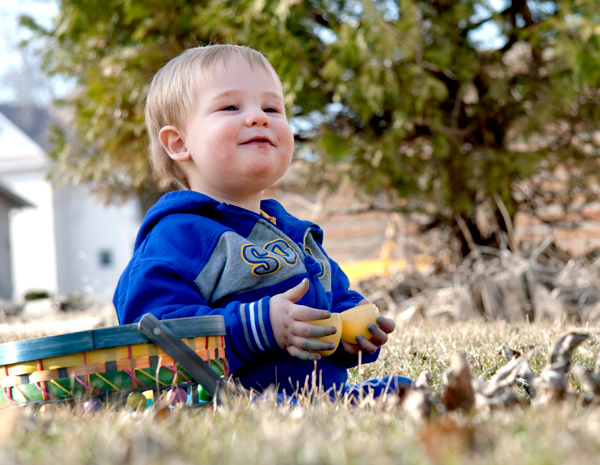