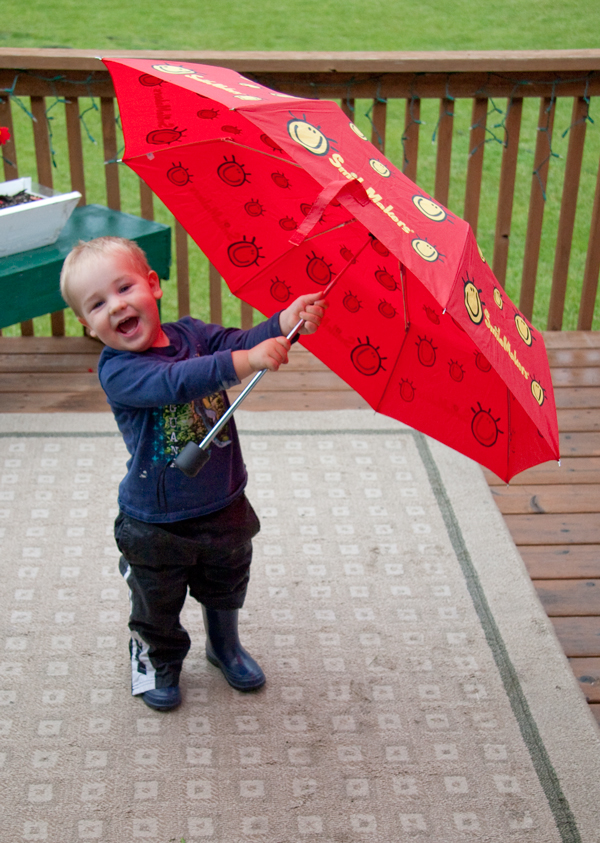 It’s been a fairly drippy week, so not a whole lot of updates.  Arden’s continuing to amaze us with all his new words, and how quickly he’s picking them up.  With the rainy weather there has been many an opportunity to hear his new giggle-inducing phrase “Tut tut, rain.  Tut tut, rain!!”  He’s apparently watched enough Winne-the-Pooh to pick up the phrase, “Tut tut, it looks like rain” from when Pooh is a rain cloud and Christopher Robin walks around with his umbrella singing.

His other new fun trick is to climb in and out of the playpen AJ got him for his “baby”.  We’re waiting until closer to Tiny’s arrival to fully deploy the baby-hype-engine, but that hasn’t stopped his bears, leopards, snakes and other members of his menagerie from making it their home…when he’s not using it as a fort.

Our garden is coming along nicely, but most of you know that from Garden Weekly.  Arden’s been a super help with that as usual.  He’s a great waterer still, and has been especially careful to get rid of a lot of those pesky purple, yellow and red things hanging on to Mommy’s pretty green flowers.  We’ve since put an early stop to that practice.

Since getting back from Uncle Kyle’s graduation, Arden’s been struggling to sleep through the night again.  He had been sleeping until 5 or 6 consistently, lately it had been really only until 1 or 2.  But after our super-busy Saturday, (and maybe the completion of molar #4 (I’ll have to validate that)) he’s been an extremely good sleeper.  Last night he was out until 6.  And, I guess, the night before he was asleep until 5:45, so maybe it wasn’t just  super Saturday.

So, super Saturday.  Yesterday was intensely busy.  From right away in the morning we were abuzz with activity.  Almost beehive-next-to-a-soda-factory-busy, but without the soda-drunk stinging.  We started with a trip to a few garage sales, then since he was such a super trooper with those, we went to the park, which must be the closest thing to heaven on earth for a little tyke.  He played himself silly there, so we went back home, checked on the neighborhood horses and had a good lunch and a nice hard nap.  As soon as I heard him stirring, I ran into his room, and tickle-bombed him, much to his squeal-arific delight.  We had a quick little snack and then set off exploring.  We meandered down to the road that supposedly led to a lake, but which we hadn’t checked out to that point.  It was better than we ever expected.  And longer.  We  found a couple approaches that we used as a nice, small repose.  I taught Arden how to throw pebbles into the water, and he taught me how to properly splash Mommy.  We found that the trail we were on ended up close to where we usually walk, so in the future the 2+ miles we walked that day might be a more intentioned shorter walk.

That evening had us all fairly beat, but Arden still managed the energy to help me watch the fire on the grill and oversee my burger grilling.  By the time we checked on the garden again and took a quick bath, this little boy was zonked-OUT.  AJ came out from putting him to sleep no more than 7 minutes after I said my goodnights.  Unfortunately, the day took its toll on us as well, and we were both out well before we could take advantage of our boy sleeping so soundly and catch a movie or even a TV show.  Oh well, it was a great day and made for an amazing weekend.

As I write this, Arden and my best (non-@arijem) buddy’s ~2 year old are having a great time playing while their moms have a nice little chat.  I should probably go supervise them.  (the girls, naturally.  😀 )

Until next time, Dad. 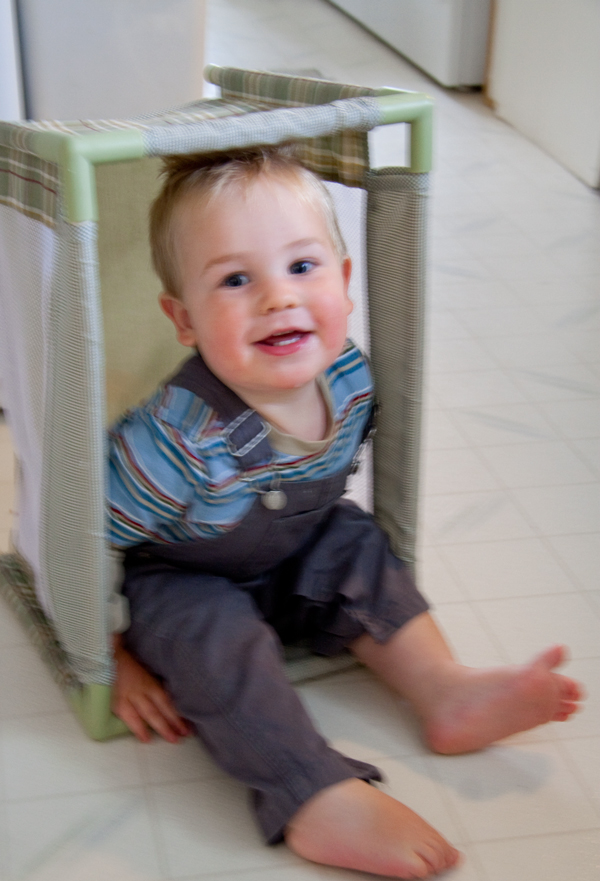